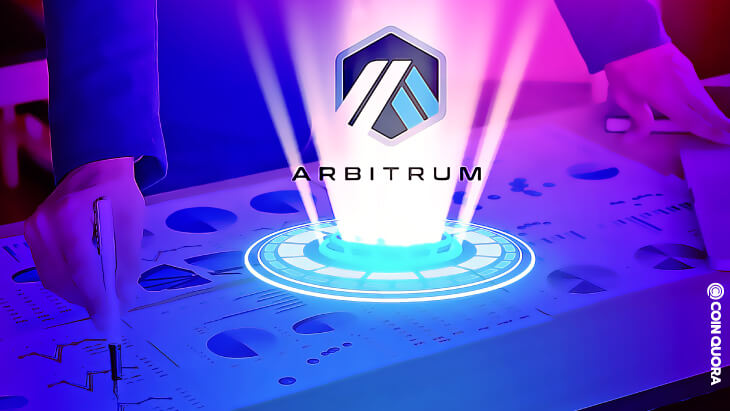 Arbitrum is Ethereum layer-two rollup network. It has started witnessing significant growth recently. Its TVL (total value locked) surged by almost 2,300% in the past week. Based on recent findings, the ecosystem of the layer-two network now processes more transactions daily compared to the Bitcoin network.

ArbiNAN yield farm still has over $1billion Ether locked in it irrespective of the crash in the native token price. The token had recorded a 24-hour price slash of over 90%.

Following the L2 beat analysis, the TVL of Arbitrum hit an all-time high of about $1.5 billion. This is due to the rush of DeFi degens to invest early in the farming DApps that the network launches.

After a funding round of $12 million on August 31st, off-chain Labs had launched Arbitrum to the mainnet. However, the transactions fees of Ethereum had since then surged close to their record levels. This enhances liquidity migration to rival layer-ones and layer two scaling solutions.

Currently, Arbitrum holds 65.7% of the total locked capital in layer-two networks accompanied by dYdX, a second-layer DEX with 14.6%.

No doubt that a good percentage of Arbitrum’s growth has comes from the ArbiNYAN yield farm. It attracted investors that staked its native token with thousands of percentage returns.

Moreover, the ArbiNYAN bull seems to be short-lived as the value of its native token slashed by over 90% within 12hours.  Defined reveals that NYAN traded at almost $0.60 after crashing to a low of $0.45 today. This is a 92% decrease from its peak of $7.85 a few days ago.

Effect of the Liquidity Migration And TVL Variations Of Arbitrum

The sudden liquidity migration to Arbitrum affected the entire Defi ecosystem even with the short-lived ArbiNYAN bull. According to a savvy DeFi farmer, 200,000 Ether was instantly cashed out from Curve’s ETH pool following the ArbiNYAN launch. Through slippage, this created an arbitrage opportunity.

More so, a reasonable amount of capital that goes to Arbitrum seems to also originate from, so to say, ‘Ethereum killers.’

Data from Dune analysis disclosed on September 12th indicates that the TVL of Arbitrum has grown by 2,300%. But bridges to Harmony, Solana, and Fantom shrunk by 62%, 58%, and 36%, respectively. This data was sent to social media on the same date, and the TVL variations happened within the same week.

However, the Arbitrum TVL bridge intrigued that of Solana. It takes seven days to process funds cashed out from Arbitrum and return them to the mainnet of Ethereum. Until it’s ready for cash out, all the deposited Ether remains on Arbitrium for seven days.