Home < MDEX Review: Everything You Need to Know About MDEX

MDEX Review: Everything You Need to Know About MDEX

Decentralized Finance in recent times has experienced exponential growth characterized by the emergence of several chains or projects like MDEX. This has led to congestion in the Ethereum blockchain leading to an increase in the price of ETH (Ether) and gas fees.

As a result, other chains have started to spring up in the crypto space. A good example of such a chain is the Huobi Eco Chain launched by Huobi, a popular Crypto Exchange in China.

‘Heco’ is a decentralized public chain where Ethereum devs can design and launch Dapps. The platform functions similarly to Ethereum, which enables it to be compatible with smart contracts. It is more cost-efficient and faster than Ethereum. It makes use of the Huobi token as its gas fees.

MDEX is a platform integrated into the Heco chain that is dominating the DEX sector. It started mining activity on the 19th of January 2021.

With barely two months of its existence, MDEX recorded two billion Dollars as the total pledged amount of its liquidity pool and over 5.05 Billion Dollars in transaction volume for every 24-hour.

This exceeds the amount of Uniswap and SushiSwap. The platform is also called DeFi Golden Shovel and currently has a Total Value Locked (TVL) of USD 2.09 billion.

Keep reading this MDEX review to learn everything that is contributing to the success of this decentralized protocol.

MDEX, an acronym to Mandala Exchange, is a leading decentralized exchange protocol built on the Huobi chain. A trading platform using the automated market maker technology for fund pools.

It is part of MDEX plan to build a creative DEX, DAO, and IMO/ICO on ETH and Heco. This is to provide a configuration and asset selection that is more reliable and safe for users.

It uses a mixed or dual mechanism in its mining operations which are, transaction and liquidity mechanisms. Similar to other Cryptocurrencies, MDEX tokens (MDX) can be used for various purposes, including; serving as a medium for trading, voting, repurchase, and fundraising, among others.

The following unique features can be found in an MDEX platform;

It adopts both the advantages of increasing the Ethereum ecosystem and low Heco chain transaction fees enabling users to enjoy a dual mining method as stated above.

The Mandala Exchange project was launched on the net on the 6th of January and was made open for liquidity and trading mining on the 19th of the same month. It attracted many users with a daily liquidity value of  $275 million, with a $521 million transaction volume. Exactly 18 days following its launch, the daily transaction volume increased to over a billion US dollars, as was recorded on the 24th of January.

On the Ist of February, which makes it 26 days of existence, MDEX recorded another success with a liquidity increase exceeding one billion.

A board of Directors called ‘Boardroom mechanism’ was established on the 3rd of February following the launching of an ecological fund that worths USD 15million in MDEX.

Based on records, MDEX transaction fees were recorded 3rd to Ethereum and Bitcoin only after 7days of its launch. It later increased to over $340million within its 2 months of operation.

On the 19th of February, the MDEX 24-hour transaction volume increased to over USD 2 billion. However, MDEX recorded another remarkable success on the 25th day of February with a day-transaction value of USD 5billion.

This represents 53.4% of DEX trading volume globally. With this success, MDEX was given the Ist position in the global DEX CoinMarketCap rankings.

Towards the second week of March, MDEX had recorded 2,703 as trading pairs with a transaction depth of about 60,000 ETH (approximately USD 78 million). This ensures guaranteed stability of its trading system related to market changes.

The total transaction volume of $100 billion was recorded on the 10th. On the 12th, the cumulative amount of burnt and repurchased  MDEX token was over 10million dollars. MDEX launched a new version known as ‘version 2.0’ on the 16th.

MDEX, on the 18th day of March, set a new record with a daily transaction value exceeding $2.2 billion with TotalValueLocked TVL of over USD 2.3billion.

A total of 143Million MDX were distributed via transaction mining grants and liquidity rewards amounting to $577million.

MDEX was launched on a platform known as the Binance Smart Chain (BSC). This was done on the 8th of April to support the mining of single currency, assets cross-chain, trading, and liquidity mining. MDEX TVL exceeded USD 1.5 million within 2 hours of launching on BSC.

The total volume of the transaction exceeded $ 268million, while the current value of TVL on BSC and Heco now worth over 5 billion.

The Economy and Value of MDEX Token (Mdx)

The economic value of the Mandala Exchange Token (MDX) can be influenced by its flexibility, supply, and usage. As one of the crypto tokens function on the Ethereum blockchain, the market value is bound to experience periodical rising and falling.

More information in addition to the mores outlined below can be found on the MDEX official website.

The MDX platform can also be used for the following purpose;

MDEX platform is associated with unique benefits. It has emerged as the best platform over SushiSwap and Uniswap in the ETH blockchain. These unique advantages include;

Some of the use cases of MDEX include the following:

How MDEX is Contributing to Huobi Eco Chain’s Growth

Heco Chain has Mdex as its leading Dapp that is a vital tool in the chain’s popularity. This’s all thanks to the MDEX recent success and rise, which invariably has given the project a special stance in the Huobi eco chain.

The role of MDEX in pushing the Heco chain forward in the highly competitive crypto market can never be underestimated. Thus, the system growth of Heco Chain and its increase in use cases are all through the MDEX demand of real transactions and high APY.

How Does MDEX Compare to Uniswap and SushiSwap?

In this MDEX review, we aim to compare these three leading decentralized exchanges in the crypto space to find out their similarities and differences.

What Are the Future Plans for MDEX

One of the future plans of MDEX is to attract more users to the platform. They aim to boost users’ experience to ensure that many investors and traders will join the protocol.

MDEX developers plan to add a large number of multi-chain assets to the exchange. They also aim at multiplying encrypted assets, develop and offer user-friendly models, boost and strengthen community consensus and governance.

MDEX developers plan to ensure an optimal DEX experience for users by introducing multi-chain assets. They aim to link these assets by deploying different chains to the exchange. That way, the team can help to boost development for mainstream public blockchains.

If you have been struggling to understand the processes and mechanisms of this exchange, we hope that our MDEX review has helped you. This decentralized exchange has many advantages, such as low transaction fees, fast transactions, and sustained liquidity.

MDEX is pooling its strength from both Ethereum and Heco Chain, thereby ensuring a better user experience. According to the developer’s plans, the exchange will soon be the hub for diverse assets, even from other chains.

Also, the exchange is expected to integrate more DeFi services such as options contracts, lending, futures contracts, insurance, plus other decentralized finance services.

We’ve also discovered in our MDEX review that the exchange is boosting the HECO chain’s recognition. As more and more developers recognize the benefits of HECO, it may soon lead to more project development on the chain. 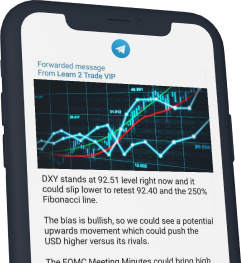